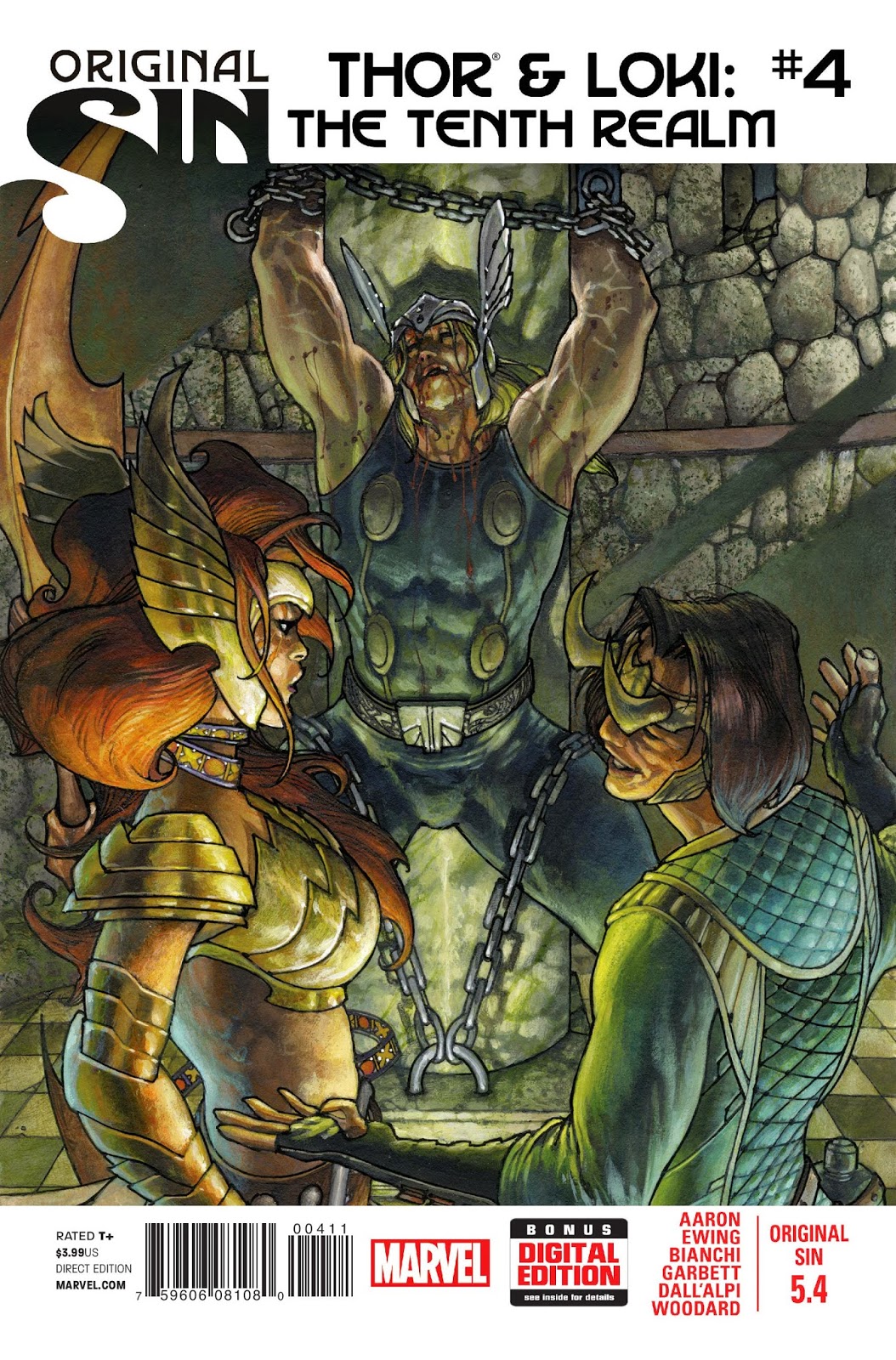 This one is going to be done in a quick and dirty style. I'm tired, worn out and in need of some rest.

It turns out the hut in the woods, the "prison of the gods" is where Odin has banished himself and his brother Cul.

Thor has been betrayed by Loki, well, Lady Loki. He is chained up and being tortured.

Loki is charged by the Queen of Angels to attack Asgard. before this happens, we see Loki planting the seeds of doubt into Angela's mind, she begins to question who and what she is.

Loki is leading a fleet of Angels and Planet-Killers to Asgard. Loki, doing what Loki does best, double crosses Heven. Leading their fleet into crashing straight into the defensive shielding protecting Asgard, destroying them all.

Thor, still being bound and tortured, does what any god of thunder would do in this circumstance, he summons a storm. As the Queen is told of her fleet's destruction, Thor brings down the entire building with lightning with Mjolnir flying to his grasp.

We end with Loki at the hut occupied by Odin and Cul. Loki informs Odin that Heven has been freed and of the impending Angel attack on Asgard. The story ends with Odin deciding to return to Asgard.

One issue left and I'm still puzzled over how or why Thor does not recognize Angela from the visions he received from the Watcher's eye.

Ready for the last issue, let's see how they wrap this story up. 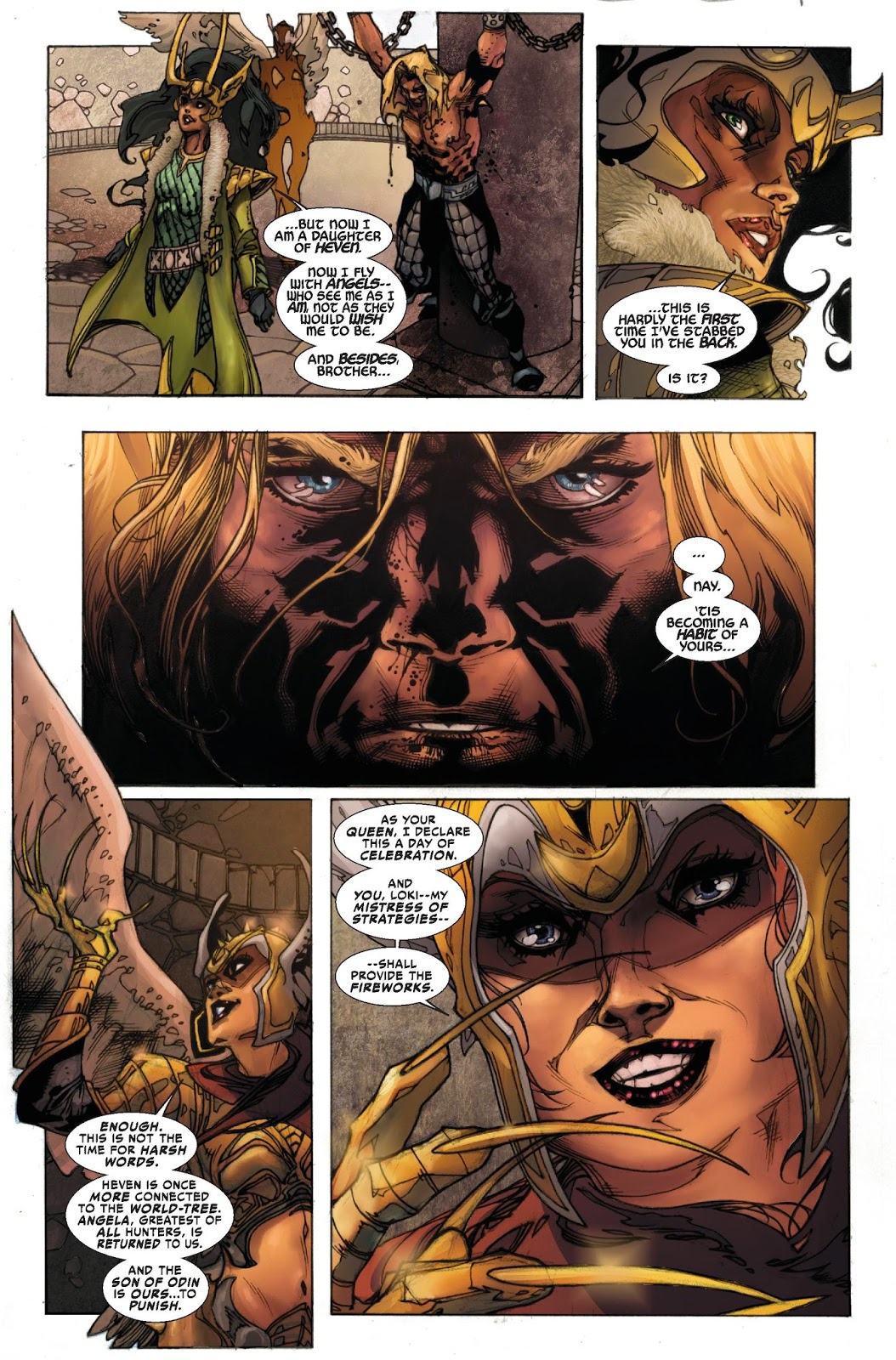