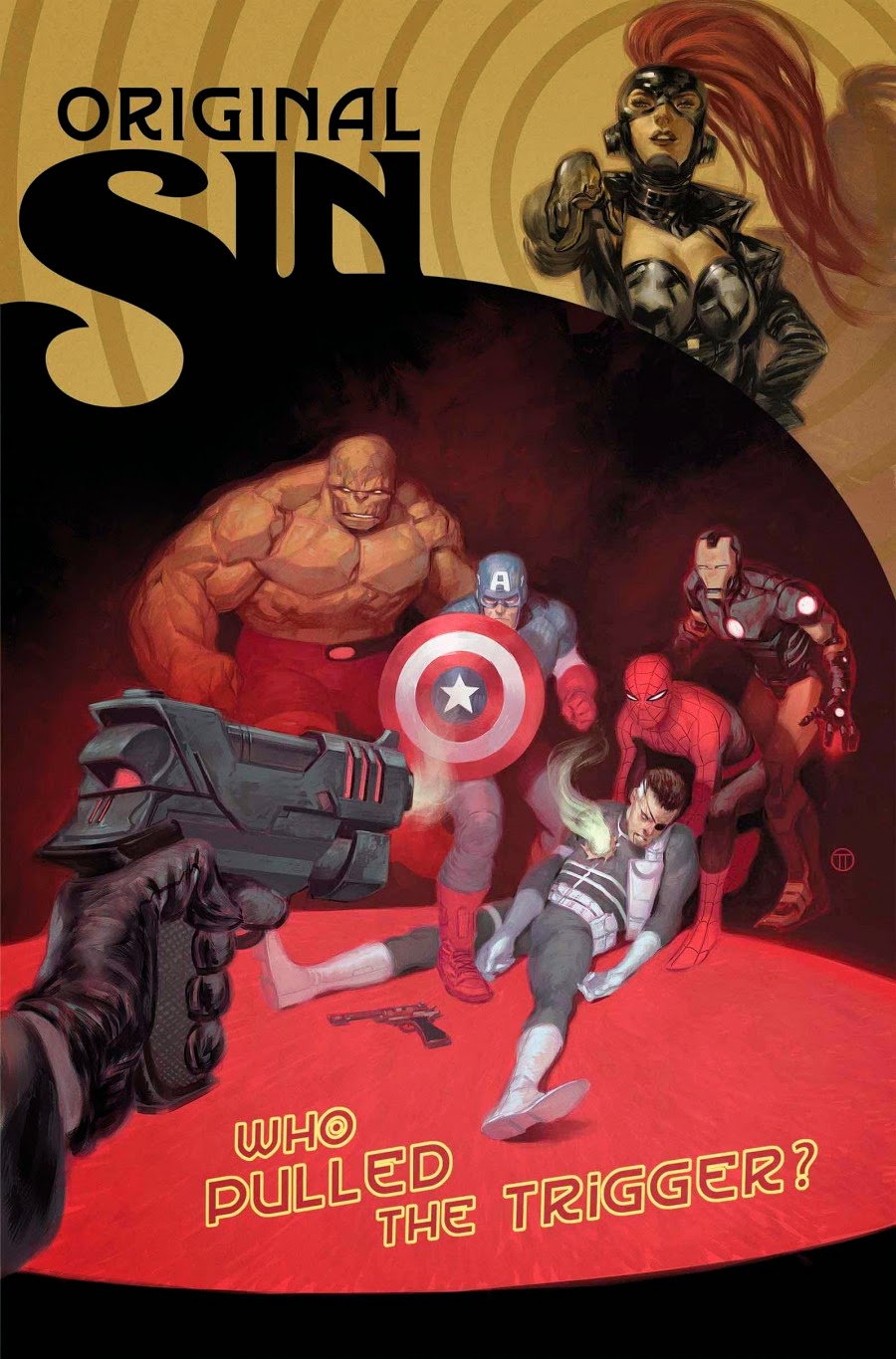 So, with two issues left to go, we are still no closer to discovering who actually killed the Watcher.

It's a fairly simple issue with not much to tell.

Dr. Midas and his daughter are headed back to the Watcher's lair on the moon. We know that they are involved in the murder but we do not know to what extent.

The Avengers figure out that they've been played by Fury and all of them, head out to Fury's space station to confront him.

On Fury's space station the teams he assembled are still asking questions but only one gets answered, he picked these specific people to find his replacement.

Fury seals himself off in a room with the Orb who is not doing so well. The Avengers show up, Fury sends all of his life model decoys to keep both the Avengers and the teams he put together from getting in. We then see Fury all armored up, with both of the Watcher's eyes and his bad eye is now glowing blue.

That's the issue in a nutshell. Not much there really. Hoping the last two issues don't follow previous Marvel events. How many big stories like this from Marvel start out really good then the last issue or two didn't live up to previous issues? Regardless, I'm greatly looking forward to final two issues. 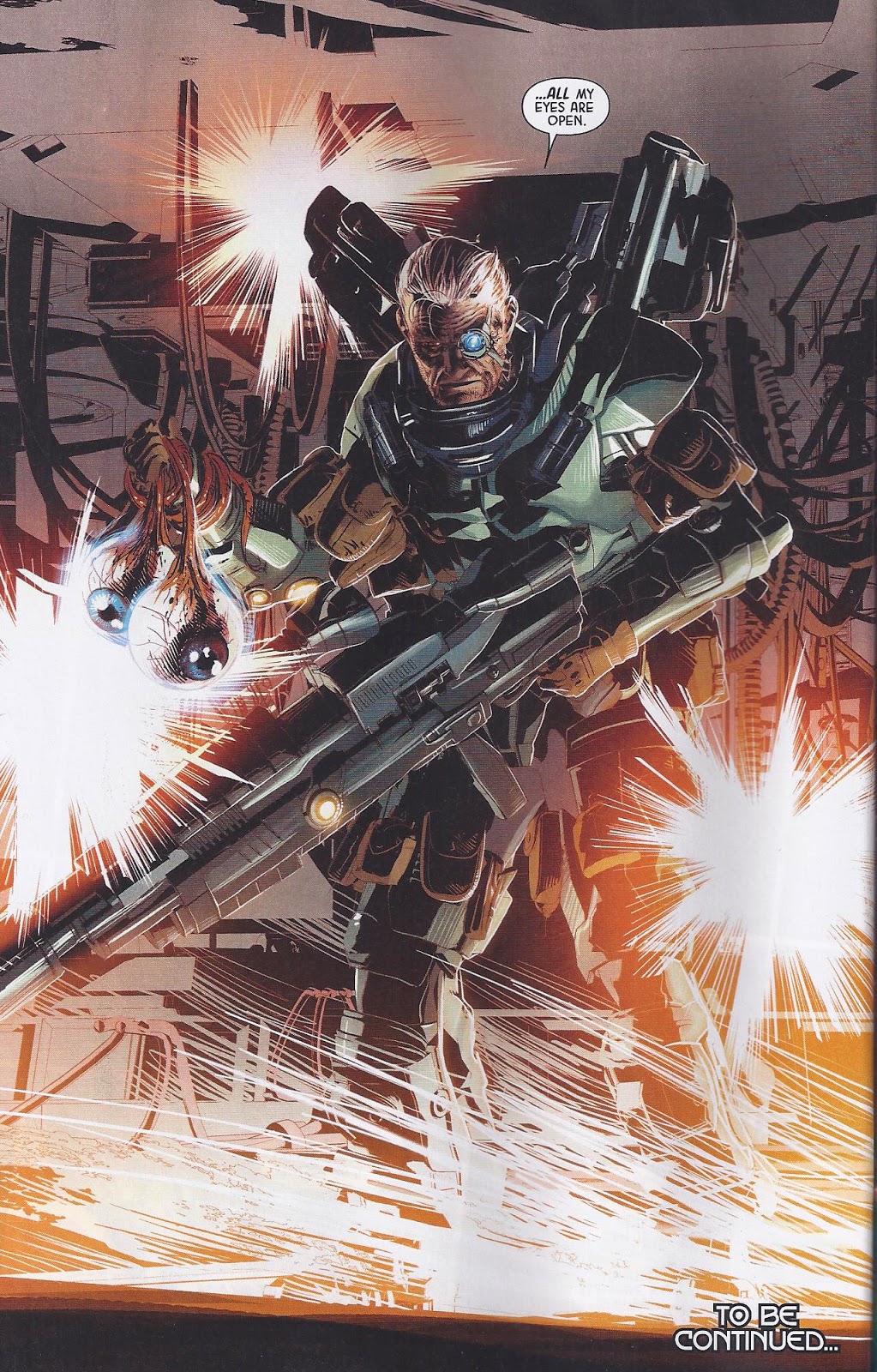