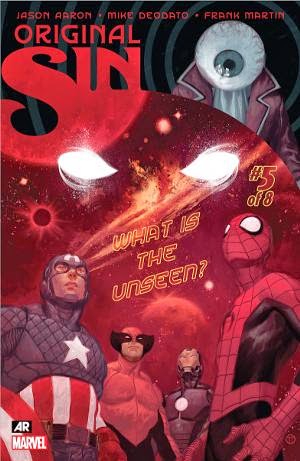 Original Sin #5 is here and only three issues are left and that makes me sad.

This issue did not have anything revealing. It was basically the unknown history of Nick Fury, but a history that you figured was coming by issue 3 & 4 of this series.

Fury was responsible for all of the murders that were investigated in the previous issues. Why though? Well because earth has been the target of aliens, demons and monsters for a long, long time. With each encounter knowledge and technology was gained. A one man super secret defense system was made. One man to watch for threats to Earth and put a cease their their existence before they could cause any harm. Nick was recruited for this job by Howard Stark in 1958. The only two people who knew about it was Howard and Nick.

Nick tells this story to the teams he put together. The question of accelerated aging did not get answered. But when asked what happened to Watcher, all Nick would say is that he died and it was basically his turn to be the Watcher now.

The issue ends with the Orb suffering effects from whatever he stole from the Watcher's lair, with Nick telling the group that they have limited time.

Like I said, not a very revealing story but it a very good read nonetheless.

Next Wednesday begins the five issue tie-in series The Tenth Realm. Loki and Thor find out they have a sister and that sister is Angela. 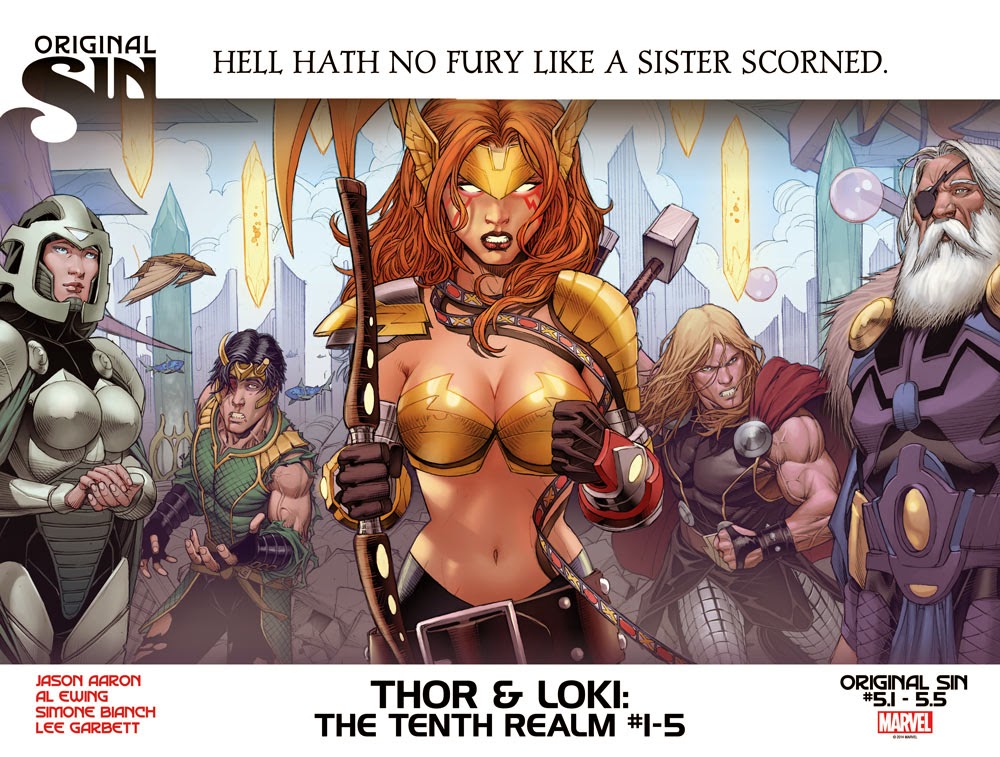 I've written on how much I dislike the idea of Angela being tied to any of the existing Marvel heroes. I have not changed my stance on that. However, I am eager to see how they spin the story and you can bet I'll be writing about it here.