I did not write anything last week. That's unacceptable. Well, now I've written something. Or does it only count once it's been posted?

So this is one of those, I had no motivation to write anything else, so here's an update of what's going in life kind of posts. Incredibly entertaining, right?

Let's get the health stuff out of the way first.

I'm having some issue with my blood pressure and my ticker. I feel fine, but apparently my family doctor was concerned enough that she wanted to get to cardiologist that same day or next. But then I found out the cardiologist she referred me to was her husband. Yeah.

However, I really do have something going on. I'm on two different blood pressure meds, I'm supposed be on the dash diet and watching my salt intake until they find out more. I haven't had any soda or coffee in over two weeks now, I'm sucking down 3-4 liters of water a day and I'm working with a personal trainer three days a week. I have stress test coming up along with wearing one of those fashionable 24 hour heart monitors. But like I said, I feel fine, and I'm expecting this all something that will be under control once my weight is down and changed my eating habits, not that i have a lot of weight to lose or was eating bad to begin with. 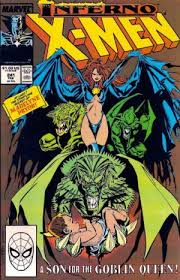 I've been reading X-Men Inferno, the big X-book crossover from 1989. I forgot how much I enjoyed this story as it was coming out on the racks. It did nothing to change my stance on how I much I hate Scott Summers (Cyclops). That's one character that Marvel could kill off and I would probably throw a party to celebrate it. What I really enjoyed about Inferno were the tie-in books, You got to see how the other heroes were dealing with the demon infestation of New York. I really dug the Daredevil and Spider-Man issues. Typhoid Mary going after Daredevil after he fights off a possessed vacuum cleaner (if I remember that right) and we see the Hobgoblin become truly demonic. Oh, and all of the changes going on in Avengers and Fantastic Four, good reading people. 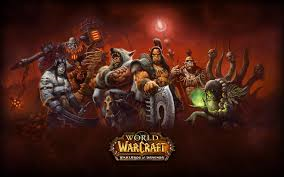 Beta invites for Warlords of Draenor started going out. I'm hoping to get one eventually. There's a lot I'm still working on the legendary cloak for my paladin and warrior, not sure I want to bother for my priest and death knight. The Gaze of the Black Prince buff was a nice attempt by Blizzard, but it ultimately did me no good. My paladin was hindered by the valor cap and my warrior only got 14 Secrets of the Empire over running the entirety of Throne of Thunder and Siege of Orgrimmar twice. With the buff ending today, it will probably take me another two to three weeks to get those last six Secrets. I'm also still working on Loremaster on my shaman main, still have three zones in Kalimdor to finish, three in Outland, and three in Icecrown. Enough to keep me busy until the expansion drops.
Oh, and still hunting down the Jade Breastplate and Jade Legplates for transmog.

Still working my way through the A-Team on Netflix. I try to get in one to two episodes a day but that doesn't always happen. Almost finished with season two, it's been really fun seeing some actors that went on to bigger roles. Still wishing season three of TJ Hooker would make it on to DVD as it's not streaming anywhere.

Outside of that it's all work and taking care of the family. Hopefully July will offer more time and motivation to write.