As you all know by now, I discovered fantasy comic books at the family doctor's office. It was there that I read a few issues of Red Sonja, The Warlord and of course Conan the Barbarian.

I'm not going to get into a deep history of Conan's run in comics, because we would be talking about roughly 44 years worth of history.

It all started in July of 1970 when Conan the Barbarian #1 hit the racks, penned by Roy Thomas accompanied by the art of the legendary Barry Windsor-Smith. This first volume of Conan comic books ran a total of 287 issues over 23 years.

In 1971 Conan headlined the first five issues of Savage Tales before being replaced by Ka-Zar. Three years later in June of 1974 Marvel unleashed the first Giant-Size Conan followed by the first issue of the Savage Sword of Conan magazine. The magazine benefited from not being under the jurisdiction of the Comics Code Authority, which allowed for greater violence and the occasional nude scene. Savage Sword like it's comic rack sibling lasted for 236 issues over 21 years. With that kind of longevity you can't deny that Conan is the fantasy king of comics.

I can't remember who bought my first issue of Conan the Barbarian for me. I remember that it was the double sized 100th issue from the spring of 1979, around that time we moved from Stevensville to New Buffalo. I only had it for about two month before it got thrown away by my mom.

Fast forward to December of 1979 when Marvel unleashed the first issue of King Conan. I don't know how it happened but I had managed to read the first twenty issues or so before we moved again. Some of those issues came to me under my mom's radar by way of relatives. Others however I was allowed to read while waiting for mom to get done shopping at the local Frank's Foodliner grocery store in town. As long as I didn't damage or attempt to steal the books, the store managers and cashiers couldn't care less how many comics I sat there and read while my parents were shopping. King Conan/Conan the King was a bi-monthly book that made it for 55 issues.

When Transformers came around in September of 1984, I had been swayed from fantasy to giant robots that could change into cars, jets and dinosaurs. It was until sometime in 1987 that I started diving back into fantasy more than I had been during the previous three years, well except for a certain thunder god. I would rummage through back issue bins for Conan comics but I wasn't hunting them down with same enthusiasm I had for superhero comics.
After Conan the Barbarian and Conan the King ended, Marvel attempted to revive the character a few times between 1994 and '95 but to no success. Conan would lie in limbo until Dark Horse gained the license and printed its first Conan comic in November of 2003. This was during my twelve year hiatus away from buying and reading comics. It is something that I want to read someday but is a huge undertaking.

Oh, I didn't forget this: 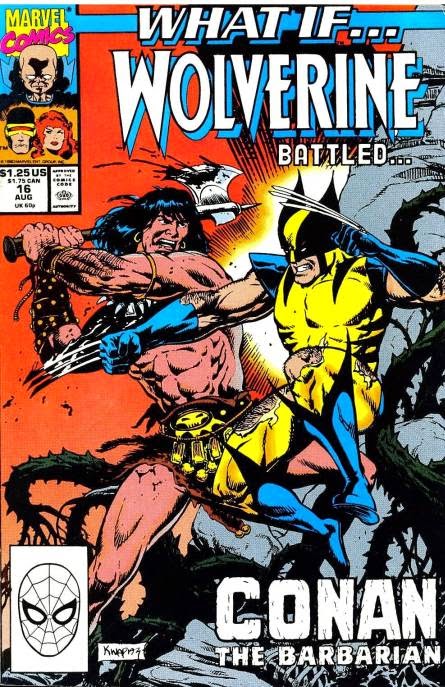