Angela and The Tenth Realm

I try very hard not to bash on a movie or story until I've seen it. That doesn't mean that I have to like or dislike the idea of it before reading or watching it.

It was teased some days ago that Thor and Loki have a long lost sister, a daughter of Odin. 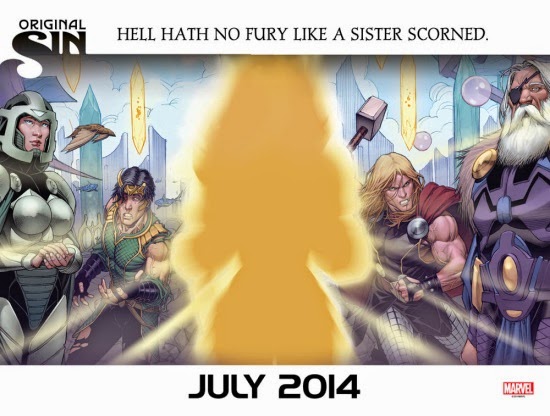 An interesting idea and why not? It's not like Marvel has followed the myths and legends of Thor and Norse mythology with any degree of correctness. What irks me about it is who the sister has turned out to be. 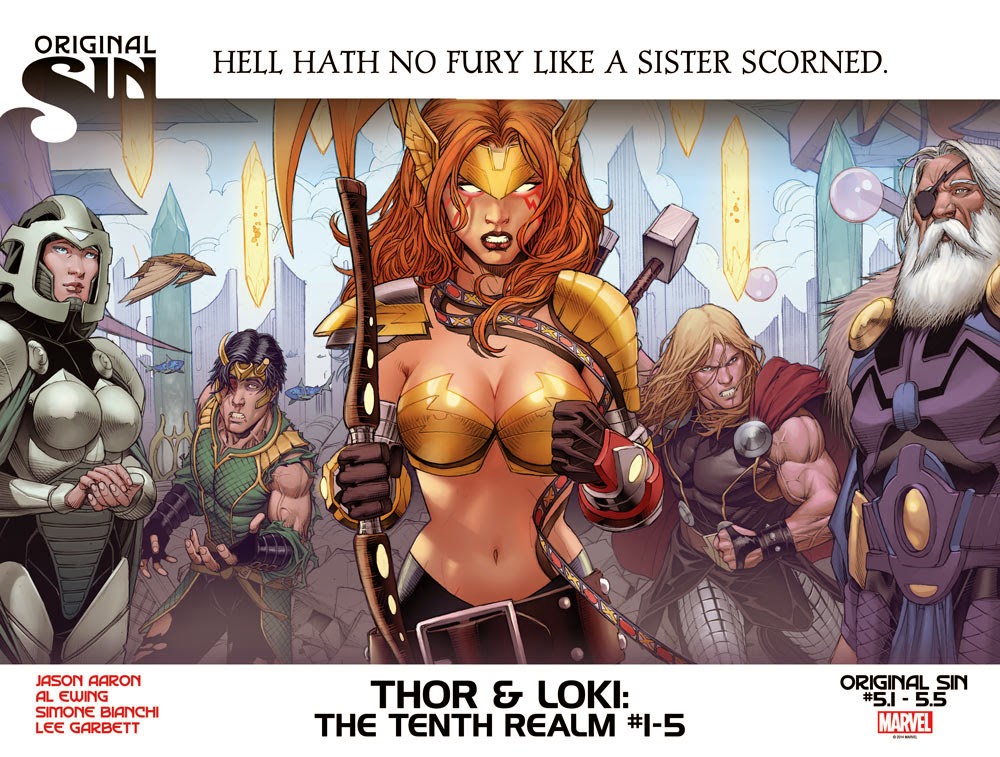 Now, before I continue let me reiterate that I am not going the bash the story until I've read it. Jason Aaron is writing it and so I have some faith that this will be a good story. I however absolutely do not like this idea.

Marvel has never really had any characters tied to Heaven. There is most certainly a Hell in the Marvel Universe but in place of a Heaven, we get ancient pantheons and a cosmos filled with unimaginable beings that represent aspects like Eternity, Judgement, Entropy and the Universe itself. Why is there not room for an angelic like character in this universe?

When I first read the news that Neil Gaiman sold Angela to Marvel I was ecstatic. Angela is one of my favorite characters. I knew they couldn't bring her happenings from the pages of Spawn with her and I was okay with that. I was happy because this was a  new character that could shore up some stuff on Marvels cosmic, supernatural and mythological side of things with no ties to any of the existing Marvel heroes. Maybe that was a poor assumption on my part.

When Angela was brought into the Marvel Universe she was unique, she was special and one of kind. Something that Marvel never had before, an angel. Marvel has now taken that away by making her not only just another Asgardian but by making her Odin's daughter, the sister to Loki and Thor. What an honest, genuine and hurtful disappointment.

To make things even more head scratchy is that, this is what Marvel supposedly had planned for Angela all along, even though neither the Guardians of the Galaxy nor the Sh'iar were able to identify what species Angela belonged to. Again, that made Angela unique. If she was of Asgardian blood, they would have detected that. What a load of crap.

I should never be surprised when Marvel pulls this stuff. There is no need to have this character tied to anybody from the Marvel Universe. Why not let Angela continue to have that uniqueness, that something special by letting stay what she was? I don't get it and I honestly do hate this idea. Expect a rant on the show.
Posted by Greg Osborn at 9:57 PM