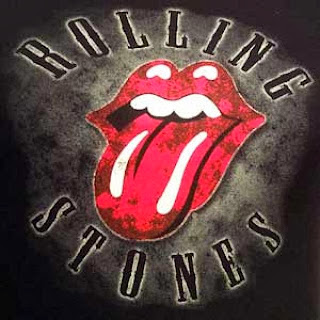 I mentioned somewhere, maybe not here, but somewhere, that my son Jason (now thirteen) started taking some in classic rock. It started as the kids and I were going through That 70's Show on Netflix.

Jason had already taken some liking to AC/DC thanks to the Iron Man movies and Highway To Hell being used in the first Percy Jackson film, but that was really it. Classic rock in general was just old music not worthy of his earholes.

Late last summer though, Jason came to me and asked to listen to some Led Zeppelin, Pink Floyd, Rolling Stones and Styx. This was all due to the t-shirts that Hyde typically wore, but I'll take it. We went trhough a few other bands but nothing really seemed to click with him. What really made me shake my head in confusion is that when going through Van Halen, Jason said that they were too heavy. This is a boy who's constantly jamming to the likes of Papa Roach and Three Days Grace, but Van Halen is too heavy.

A couple nights ago, Jason came back asking to listen to some Cars. I figured that The Cars wouldn't be his cup of tea and sure enough he ended up adding only one song to his ipod. We moved on to Aerosmith after that and he added a few songs there.

It's not much, but it's a start. It wasn't until I was fifteen or sixteen that I started to really appreciate all the music that I grew up hearing when I was younger than that, but not paying much attention to. I imagine it'll about the same with Jason. What's really cool is that he's not only taking interest in the bands and their music, but he also asks about the people in the bands and their history. He even sat down and watched the Sound City documentary with me. The kids doing it right, and better than I was at his age.
Posted by Greg Osborn at 11:12 AM