Hopefully I'll be getting back to writing. Work has been pretty hectic the last few months and that is where most of my attention has been. Once things get settled down I'll get to posting again. I have posts that have already been started, I just need the time to finish them. Just keep an eye out. Thank you for visiting.
Posted by Greg Osborn at 9:48 AM No comments: 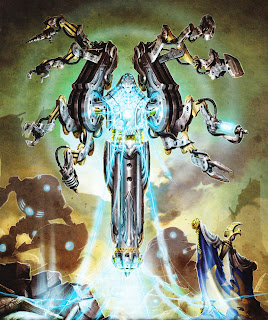 I haven't played any miniature wargames since 2008. I haven't painted anything since 2009. I even sold off all of my armies, I kept a few models but not enough to field anything in a game.

With the upcoming release of the Convergance of Cyriss faction for Warmachine I decided to pre-order the battlegroup box. This will give me an opportunity to paint again and will give me what I need play.

My biggest obstacle when taking on miniature painting is always the color scheme. The Convergence is comprised of clockwork type robots that house the souls of Cyriss' congregation, so metallics are the obvious choice. I hate metallics though. It's an incredibly easy color scheme but it's also boring.

Outside of that I can't wait to paint again and get these models on the battlefield. 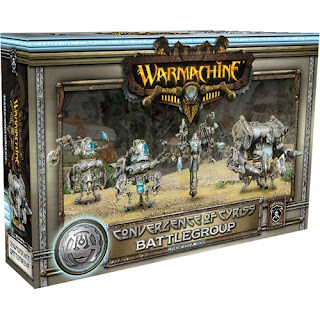 Batman Inc #12 (What The Hell is DC Thinking)

Warning! There are spoilers and graphic images ahead.

Following up on my The Big 2, Sex, Violence, Death and Readership post from a few weeks back, I want talk about today's release of Batman Inc #12.

First, let me make it clear that I know and understand that entertainment content has changed over the years since I was a twelve year old. Everything from games, movies, television, music, books and even comics continue to have their content pushed and pushed. It becomes increasingly important for parents to step up and to know what their kids are playing, reading, watching or listening to. This is post isn't about just that, its also about the responsibility of content providers properly labeling their products and what that content contains.


When I was twelve years old comic book publishers were self governed by the Comics Code Authority which limited violence, sex and other touchy issues such as alcohol and drug use in comic books. Today, that self governing body is no longer around and so in comics and even in Marvel and DC comic books we see people getting ripped in half, decapitated, disemboweled or victim to other forms of graphic violence. We have also seen an increase in depictions of sex and female characters wearing either highly sexual suggestive clothing or just less and less clothing. Violence and sexy heroines have always been in comics, but we have reached whole new levels of that.

This a problem especially when it comes to the characters owned by DC and Marvel because they have traditionally been associated as kids characters and marketed towards kids. Whether that is right or wrong is a topic for another day but it remains the truth and today, a 12 year old boy or girl cannot read an issue of Batman or Wonder Woman like the kids from 28 years ago.

Now getting on the topic of Batman #12 and DC Comics. DC like other comic publishers adopted its own rating system for its comics books which is:

E – EVERYONE Appropriate for readers of all ages. May contain cartoon violence and/or some comic mischief.

Now, I do not know if DC rates each title as whole or issue by issue, but Batman Inc #12 is rated "Teen" which according to DC is appropriate for readers ages 12 years old and up. Below are some of the scenes from that issue and I am waring you again that they are graphic and downright disturbing. 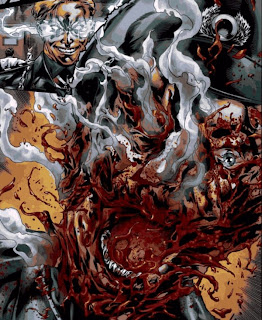 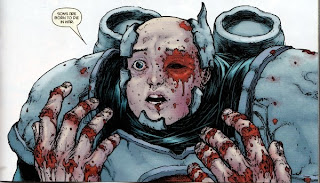 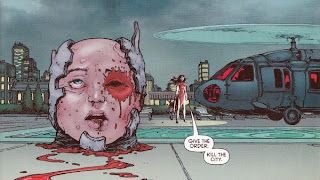 Please explain to me how this comic book is appropriate for a twelve year old. Was the rating that this book was given by the people at DC a mistake or do they really believe that is really okay for readers that young?

People can bring to the table that kids are not buying or reading comics, but they would be wrong because I see it happening every week at my local comic shop. People can also bring the argument that parents should know what comics they are buying for their kids or what their kids are buying and I agree with that. But what about when the rating on the cover says "appropriate for readers ages 12 and up" when it clearly is not. We again circle around to character that is heavily marketed towards kids and find a comic with content not ideal for that age group.

When it comes to the rating that the Batman Inc title was given somebody at DC screwed up big time especially considering who this title originated from. Marvel and DC both must take certain things into account with how they continue to market these iconic characters and superhero teams and what is depicted in their comics. There is a responsibility there, either stop the marketing to children or make the content suitable to all ages. The twelve year olds of 2013 should be able to read DC and Marvel comics like I was able to at their age. There is something very wrong when that is not the case and it unfortunately is.

Rant over,  for now.