Tales of a Warcraft Medic - Day 1 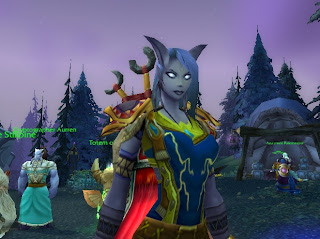 I have a love/hate relationship with PvP in the World of Warcraft. I enjoy it, so long as the win/loss ratio stays at least somewhat close to 50/50, which does not happen often.
I don't mind losing if it was good match. I hate that after eight years, PvP is still unbalanced and even if you're a skilled player, you still have somewhat of a forced dependency on gear. Oh yeah, and the trolls, not the race, the one's that don't have anything better to do except telling everybody else on team that they suck. I learned a long time ago that you have to just let that stuff go. 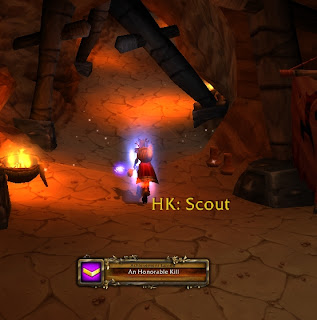 My latest foray into battlegrounds of Azeroth is in the form of a restoration Draenai shaman. Yes, I chose a healer even though healers have a big bright X over their heads thanks to an addon that shall not be named. I don't care for it, even when on the other side, it feels like cheating in a way and I'm not real big on using addons except in PvE and that is usually the quality of life stuff like GoGo Mount.

For gear I started with a full complement of heirlooms,  the pvp shoulders, mace and trinket followed up with the helm, cloak, chestpiece, legs, haste trinket and dread pirate ring. Everything else is still white gear from leveling. I'm not into crunching the numbers to max out my toon for peak performance; I'm in it just for the fun of it. 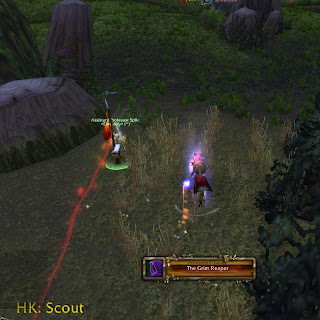 Upon reaching tenth level I headed to Warsong Gulch for my first day of duty as a battleground medic. It was getting late so I only put in three matches, all turned out as losses but such is the way in Warcraft PvP.

I was ganged up on a lot with that big red X hanging over my head, but still managed to fend off the assaults from my enemies, a little bit of resilience and quick heals can prove to be a good distraction, because as six to eight players were focused on killing just me, my teammates ganked the enemy flag and scored. Ganging up on and killing the healer is all fun and games until you realize that you just wasted time on a distraction.
I scored the An Honorable Kill, Know Thy Enemy and The Grim Reaper achievements. Pretty easy to get but fun nonetheless when the screen gets lit up when an achievement is earned.

The plan is to level this toon only through battlegrounds, something that I've never done, but may still need to farm dungeons to keep gear maxed out when running low on honor but in need of an upgrade. Working on adding the second PvP heirloom trinket and upgrading what I have. It's going to take some time and we'll see how it goes. 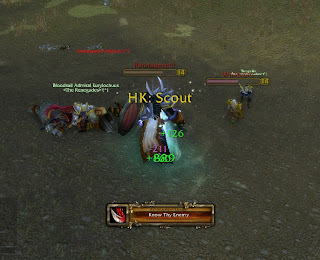