Hometown Love and Other Happenings

Working on a few more things for the site.


I've reached out to my hometown of New Buffalo, Michigan for a project meant to help preserve the several decades of the town's history. Specifically historical buildings, memorable businesses both gone and still going strong and the people in the community. 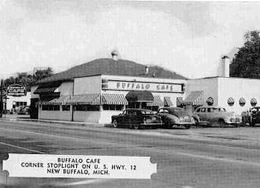 New Buffalo has never shown that it has a sense of history, and very little pride in what they do have. It seems that all that people in charge are concerned with is the next big development to bring in more boaters. That's fine, but the town has sacrificed what has made it special and doesn't appear to be doing much to make downtown more inviting and memorable.

I'm really hoping that this works out. I have nothing but fond memories of New Buffalo in the 70's and '80's and I want to see photos and hear stories of New Buffalo in the 60's, 50's 40's and so on down the line as far as I can go. However, even though it has only been three days since I put out the call, I fear the number of people that care or remember about such things has dwindled greatly.

Yesterday I was loaned a macro lens camera to play around with for a few weeks. A macro lens is used for taking photos of smaller scale items like insects, flowers and taking photos up close where other lenses would not be able to focus on the object or texture. I'll post up some of the photos, especially some of the miniatures I've painted.

Finally, I'm looking at video capturing software so that I can include in-game video for Tales of a Warcraft Medic.

That's about it, carry on with your interwebz activities.
Posted by Greg Osborn at 11:40 AM